Russian perceptions of Poland and Germany. Presentation of the report

The Russian attitude towards Poles is moderately positive, but at the same time, Russians claim that Poles should feel guilty for some events in the Polish-Russian common history. Moreover, they are not convinced of Russian guilt towards Poland  – as a report of the Institute of Public Affairs (IPA), that was presented during a conference organised by the IPA and the Foundation for German-Polish Cooperation (FWPN) on the 27th of June 2012, revealed.


The purpose of this meeting was the presentation of the key conclusions of the IPA report “People – History –  Politics. Russian perceptions of Poland and Germany”. This publication is based on sample surveys that were conducted in Russia in November 2011.

According to the report, as presented by dr. Jacek Kucharczyk, president of the IPA, the Russians’ picture of Poland and Poles is neutral or moderately positive, whereas negative opinions formed a clear minority. More than half of the Russians does neither feel sympathy nor dislike towards Poles, while the group of people declaring sympathy for Poles is almost three times the size of the group of those who dislike Poles. At the same time, however, the Russian image of Germany and Germans is definitely better than that of Poland and Poles.
The report-results show that almost half of the Russians claim that there are events in the Polish-Russian common history for which Poland should feel guilty towards Russia. The main criticisms of Russians towards Poles include the blaming of Russia for the plane-crash in Smolensk in 2010 by some Polish politicians, and the lack ofappreciation for the liberation of Poland by the Red Army in 1945.One-fifth of Russians also criticized the Polish political support for Georgia during the Russian-Georgian conflict in 2008. According to almost half of the Russian respondents (45%), the improvement of relations depends primarily onregular meetings of Russian and Polish politicians, and joint discussions of issues important to both nations. A further positive impact would be the development ofcultural and scientific cooperation between the two countries (33%), and Poland’s and the Poles’ recognition of the important role the Red Army played in the liberation of Poland in 1945 (25%).

After the presentation of those main findings, there was a panel discussion, moderated by Dr. Agnieszka Łada, in which the following persons took part: Dr. Andrzej Grajewski, head of the department for foreign affairs of the ‘Gość Niedzielny’, co-chairman of the FWPN;  Grzegorz Gromadzki, co-author of the report; Cornelius Ochmann, expert for Eastern European Policy of the Bertelsmann-foundation; as well as Dr. Ekaterina Timoshenkova of the Russian  Academy of Sciences. A concluding speech was given by prof. Adam Daniel Rotfeld, co-chairman of the Polish-Russian group for difficult affairs. 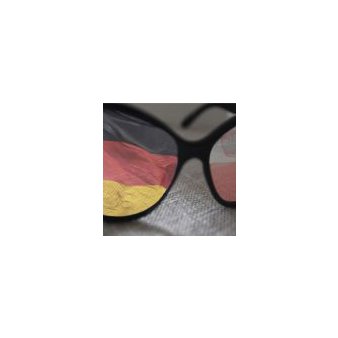 Activities of the Polish Members of the European Parliament – English summaries