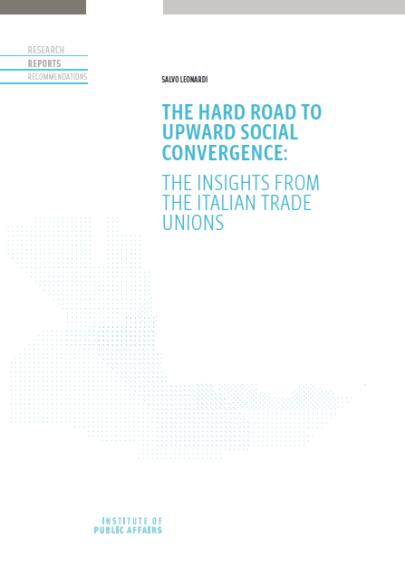 The hard road to upward social convergence: The insights from the Italian trade unions

Download
The aim of trade unions is to protect and represent workers' interests. However, the differences in labour standards or the advancement of industrial relations between the new and old EU Member States raise the question of possible divergent interests in shaping trade union policy at the EU level, or in the perception of the European Commission  role in promoting upward convergence within the Community. The results of the ARTUS CEE project research on the expectations of trade unions from six countries of our region on issues such as the European minimum wage, posting of workers, or transnational company agreements - were commented on by five Western experts from the point of view of trade unions.

All analyses in the series: