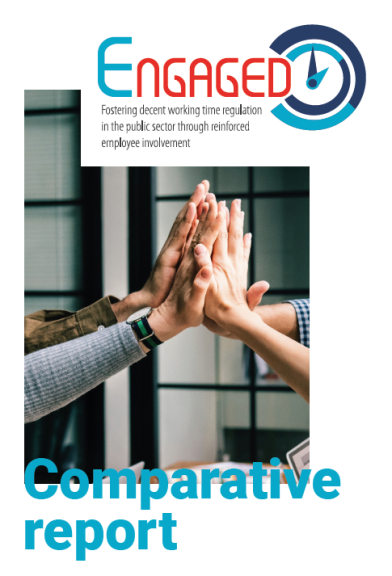 
In the first of these clusters, the minimum regulatory standards are set by common law. On the other hand, autonomous social dialogue and collective bargaining agreements (at national, sectoral and local level) play an important role, the provisions of which vary significantly depending on the conditions. The degree of coverage by collective agreements is relatively high (Spain - 70%, Italy - 80%), and unionisation remains at an average level (Spain -19%, Italy - 35%). Advanced (more than in other clusters) working time flexibility solutions can also be found, which concern weekly working time, seasonal work schedule, but also the possibility of reconciling social roles and a better balance between life and work. Spain and Italy are countries with significantly shorter and decreasing working hours compared to other clusters. This feature is particularly relevant for the public administration sector, where sectoral collective agreements set the average working time at a lower level (37.5 hours per week in Spain and 36 hours in Italy). Both analysed countries belong to the group of countries with the shortest average working time in public administration among European Union countries. Spain and Italy also have a significantly higher share of part-time employment compared to other analysed countries. However, it does not exceed the average for European Union countries. This solution is more often chosen by women in all analysed countries. However, the majority of those working in this way would prefer full-time employment.
The cluster of Central and Eastern European countries including Lithuania and Poland in this study is characterized by domination of the importance of statutory regulations and low importance of working time regulations in collective agreements. This is a result of the relative weakness of social partners and industrial relations in these countries. Collective bargaining agreements cover only 15% of employees and unionisation reaches 10% in Lithuania and 13% in Poland. Even specific solutions in different sub-sectors of the public sector are determined by law or regulations, not by collective agreements. Restrictions on working time are usually of a minimum nature resulting from EU directives or other international agreements. On the other hand, the legislation assumes a far-reaching flexibility as regards the working time settlement period, which in Poland can be extended even to 12 months. Bearing these factors in mind, it is not surprising that in both these countries the average working time significantly exceeds the average result in the European Union countries, especially in Poland, which is at the top of the ranking in this category (over 40 hours per week). A slight decrease can be observed in this respect in Poland, while Lithuania, after a period of decline until 2014, began to grow in recent years due to the lack of hands to work. In the public administration sector, on the other hand, the average weekly working time remains stable at a level close to the statutory 40 hours. Part-time employment is the least popular in these countries and its share has been declining in recent years, including the already quite low percentage of people willing to work full-time.

In the Western Balkans cluster, working time regulations are similar and are mainly the result of common legislation. However, collective bargaining agreements also play a role in this respect, under which the weekly working time may be reduced – but not less than 36 hours. The coverage by collective agreements is full in the case of Northern Macedonia, but the researchers assess that the implementation of the provisions of the general collective agreement is unsatisfactory. In Serbia, collective agreements cover about half of the workers. In the analysed countries the level of unionisation is still relatively high and exceeds 30%. It can therefore be concluded that the bargaining power of the social partners can potentially be higher than in the Central and Eastern European countries. Both countries are characterised by relatively rigid legislation with little scope for the use of flexible working time arrangements, which is the subject of appeals from the social partners to change it to better meet the diverse needs of workers and employers. Both Serbia and North Macedonia are gradually aligning their legislative standards with those of the European Union in connection with the pre-accession process. The average weekly working time in Serbia and North Macedonia is the highest among the countries analysed. In 2008, it even reached over 44 hours in Macedonia, but in recent years it has dropped significantly to 41.5 hours in North Macedonia and 42.7 hours in Serbia. Against this background, the average weekly working time in public administration of 40-41 hours clearly stands out and is only slightly higher than in CEE countries. Part-time employment is marginal in North Macedonia (3.4%) and slightly higher in Serbia (9.1%), which is slightly higher than in the Central and Eastern Europe countries, but still much lower than in the South European cluster. In both countries the percentage of unintentional part-time employment is high.

Is it a bluff? Some in Hungary and Poland talk of EU pullout