Non-governmental organisations involved in international cooperation hereby express their solidarity with Ukrainian society, and appeal to the Polish authorities to react to the restriction of fundamental civil liberties in Ukraine.


On January 16, the Ukrainian Verkhovna Rada—in violation of parliamentary procedures—enacted amendments to Ukrainian law which seriously restrict fundamental civil rights and liberties. This new legislation may be deployed against the participants of peaceful demonstrations which have been drawing thousands of citizens out into the streets of Ukrainian cities since November 2013. These amendments are also directed against non-governmental organisations, the independent media, and opposition politicians.

The newly passed legislation radically restricts the freedom of assembly, and exempts state bodies from liability should force be used against protestors. New, simplified procedures to revoke the immunity of members of parliament, and allow proceedings to be initiated against anyone who criticises the Ukrainian authorities openly, represent a threat to the freedom of speech and could facilitate the eradication of the democratic opposition.

Drastic limitations on the activities of Ukrainian non-governmental organisations are also cause for alarm. Organisations receiving support from abroad are to be regarded as “foreign agents”, and will be forced to submit monthly reports and declare their “agent” status publicly. The act of receiving foreign aid will be synonymous with losing their status of non-profit organisations eligible for tax relief. The authorities’ intentions are obvious: to discredit non-governmental organisations in the eyes of Ukrainian society, to deprive them of independent funding sources, and to prevent them from cooperating with foreign partners.

The amendments adopted by the Ukrainian parliament and approved by the president are a clear violation of civil liberties and fundamental democratic principles.

Grupa Zagranica appeals to the Polish authorities to take a firm stand on the Ukrainian authorities’ anti-democratic actions. Organisations express solidarity with Ukrainian society, as well as admiration and respect for the millions of Ukrainians proving every day that their country’s rightful place lies in a United Europe. 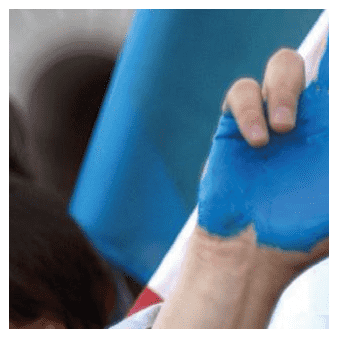