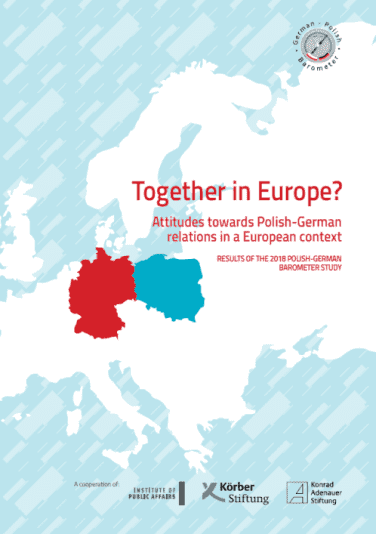 Together in Europe? Attitudes towards Polish-German relations in a European context

Download
Debates are currently taking place about refor-ming the European Union. Expectations are high, especially of Germany. Whereas some are hoping for Berlin to take an active, pro-European approach, others accuse Germany of domineering Europe.

These tensions are also reflected in Polish German relations. From Berlin’s perspective, Poland is not only a neighbour linked to Germany by a difficult history, but also an important, economically dynamic player in the European Union. However, different views on topics such as overcoming the challenges posed by refugees and immigration, the future of the ‘European project’, and the rule of law have resulted in an increa-singly difficult relationship, thereby limiting the potential for cooperation on European policy. In view of the current political differences between Berlin and Warsaw, it is of particular importance to understand public opinion on the Polish-German relationship in the European
context, as well as on the future challenges facing the EU.
Main conclusions:
German version