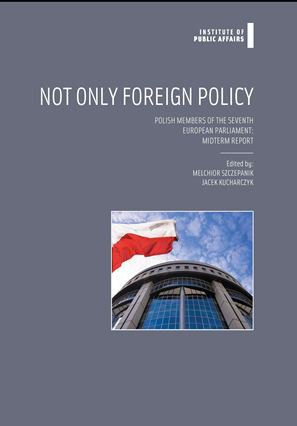 Download
Foreign policy – the EU’s external relations - is not the only area in which Polish Members of the European Parliament have made their mark. They have managed to infl uence a number of important parliamentary decisions regarding questions such as energy or cohesion policy. This is one of the main conclusions of the report published by the Institute of Public Affairs, summarising the activities of Polish MEPs in the fi rst half of the seventh term (July 2009 to December 2011). The IPA experts analysed the political position, the main achievements and the methods employed by Polish MEPs. Their activities were presented against the back ground of the key debates that took place in the European Parliament. The wider context makes it possible to provide a better assessment of the position occupied by the Poles in the political landscape of the chamber, and of the extent to which the final parliamentary decisions refl ected the ideas advocated by the Polish MEPs.
Polish version