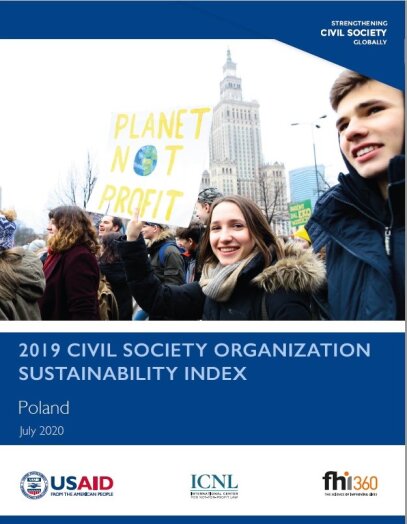 Elections for both the Polish and European parliament were held in Poland in 2019. While pursuing its populist strategy during the election campaigns, the ruling Law and Justice (PiS) party blamed two groups for various problems facing the country: the lesbian, gay, bisexual, transgender, and intersex (LGBTI) community and the judiciary.


Attacking the LGBTI community enabled PiS to rally its constituents around traditionalist and national principles, as well as threats from abroad. In the meantime, the attacks on the judiciary were in line with the government’s historical policy of fomenting antipathy towards the former communist system, in which, according to the ruling party’s false interpretation, a significant number of judges are rooted. During the year, new reforms were adopted that increased executive authorities’ control over the judiciary and centralized the country’s constitutional system. These changes were made through the passage of ordinary laws, which require a simple majority of votes in parliament, as opposed to constitutional amendments, which require the support of two-thirds of parliamentary members.

In this context, CSO sustainability deteriorated slightly. Government harassment of CSOs, particularly those dealing with LGBTI issues and the judiciary, increased, contributing to a decline in the legal environment. Advocacy deteriorated as the quality of civic dialogue and the level of CSOs’ involvement in the law-making process declined further. Ongoing smear campaigns against certain CSOs further tarnished the sector’s public image. No score changes were recorded in the other dimensions of sustainability.

According to the Polish Statistical Office, approximately 26,000 foundations and 117,000 associations (including 17,000 voluntary fire brigades) were registered in Poland as of the beginning of 2019. However, it is estimated that only about 65 percent of registered organizations, or about 95,000 associations and foundations, are active. There are also about 50,000 other entities in Poland that can be considered part of the broadly defined non-governmental sector. These include, among others, hunting clubs, trade unions, social cooperatives, employers’ organizations, rural housewives' circles, farm circles, craft guilds, church institutions, and, under certain conditions, political parties. However, this report will focus primarily on officially registered associations and foundations.