Civic participation is not limited only to casting vote in elections or working voluntarily in non-governmental organizations. Democracy means also  to speak up, directly, without representatives. People on the streets, in the internet or social media try to express themselves in order to change the rules of democracy.

During the seminar that took place in the Institute of Public Affairs on 19th of September we talked about informal civic movements in Latin America. Thanks to input made by Rodrigo Alvarez Valdes  - political scientist from Centro de Estudios Enzo Faletto of the Santiago de Chile University and Mathilde Sproer  - political scientist and PhD candidate at Sorbonne in Paris  we could discuss the challenges faced by informal activists and the possible future development of such informal movements. The presentations made by Chilean experts were a starting point for discussions about similarities and differences between civic participation in Poland and Chile.

Rodrigo Álvarez Valdés made a comprehensive introduction to the history of Chilean democracy and civil society. He presented the development of democratic movements beginning with the Presidency of Salvador Allende, followed by Pinochet’s dictatorship and then transition to democracy after 1988 referendum. In his presentation Rodrigo Alvarez Valdes discussed the phenomenon of so called Penguin Revolution in Chile  in 2006 series of ongoing student voiceprotests carried out by high school students across Chile. It was a good background for the second presentation made by Matilde Spoerer, who talked about institutional participation and informal civic engagement in Chile. She criticized the mechanisms engaging society in taking part in the decision-making process such as public consultations, that in her opinion do not play their inclusive role in Chilean society.

The discussion with Polish guests invited for the seminar reviled many similarities between Chile and Poland such as lack of trust for public institutions, low level of voter turnout, lack of interest in politics among younger generations. Although Chile and Poland have completely different cultural backgrounds, the comparison of both countries is a great way of evaluating democratic processes in Europe and Latin America. The democratic transitions in Chile and Poland started at the same time, yet the regimes of both countries had different political background. The communist regime in Poland and Pinochet’s regime in Chile represented accordingly left and right dictatorship. Nevertheless the problems with civic participation after almost 25 years remain the same.

The seminar was organized as a part of the project “Public Participation and Civic Involvement: Responses to the Democratic Deficit in Europe and Latin America.” This international project is run by the Institute of Public Affairs in cooperation with Centro de Estudios Enzo Faletto - Universidad de Santiago de Chile (USACH), which focuses on the problem of democratic deficit, understood as a weakening of the legitimacy of basic institutions of democratic states and ritualization of democratic processes. The visit of Chilean experts to Poland included meetings with the representatives of various NGO’s, think-tanks and public institutions dealing with civic participation and public dialogue. Thanks to cooperation with Political Critique, Women’s Congress, Batory Foundation, Civic Institute and Information Office of European Parliament the Chilean guests were able to understand better the state of participatory democracy in Poland and also become acquainted with an European perspective on that matter.

In December a representation of the Institute of Public Affairs will visit Chile and take part in international conference on deficit of democracy in Europe and Latin America. 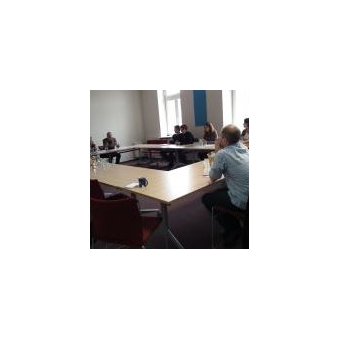 The next historical breakthrough?