The Polish and German governments claim that Polish-German relations have a high priority for them. But has this claim not become a slogan?

We discussed this question during the seminar: Polish-German relations in the European context. In a report devoted to this issue presented at the meeting, Agnieszka Łada, its author and Head of the European Programme at the Institute of Public Affairs, contends that there are two reasons why the relations could be perceived as being in stagnation. Firstly, relations have become so normal that many ongoing processes or successes are no longer being taken into consideration – as there are so many of them and they are not so emotional as they used to be. It leads one to believe there is not much happening or in the pipeline. Secondly, there is still no clear and commonly known strategy of Polish-German relations. As a result their potential is not being reached.
"Current relations are running on perpetual motion nowadays. But it is not good to let them run without control,” writes Łada. More than a year ago both governments signed a Polish-German Cooperation Program that was intended to change this situation. According to Łada, the Program is an effective way to undertake actions. So it is rightly called a “road map” for Polish-German relations. “But as any map it needs to be actualized. Furthermore, one needs to know in which direction he is going with this map,” concluded Łada during the seminar. “While reading the Program one can doubt whether such a direction exists.”
“On the other hand, we shouldn’t suggest  that bilateral relations be limited to the realization of the Program. It should be used as a basis for further reflection on the state of mutual relations – their successes and challenges,” Łada stressed.
"Polish-German relations are very good, but that doesn’t mean we shouldn’t take care of them. It is bad if we talk about them only when something is going wrong. During times of  good relations it is even more recommended to ask questions, to see what can be improved and look for answers – and not necessarily easy and nice ones. We should raise the bar higher,” concluded Dr. Jacek kucharczyk,  President of IPA’s Executive Board.
Main conclusions of the report:
·         The state of the Polish-German relations is very good. There are, however, still quite a few fields, where a bit more engagement of one or both sides is needed.
·         Now is a good time to strengthen the relations. The Polish EU-Council Presidency was assessed very well in Germany. Also Poland's hosting the EURO-2012 Championships left a positive impression. All this fosters deepening cooperation. In these times of crisis Germans, additionally, need Poland as a reliable, stable partner at the EU-level. On the other hand, Warsaw, wanting to join the club of important players in the EU, counts on Berlin’s support.
·         Between the plans for Polish-German relations and the actors who realize them there is too little synergy. This is due to lack of vision. A clear strategy regarding what should be achieved and priority given in the approach to these relations at all levels of politics and administration are key to developing and fulfilling the potential of good Polish-German relations.
·         Polish-German relations nowadays are concentrated on the European level. It is the right approach and should be strengthened.

The report A.Łada, Slogans or facts? The evaluation of the Polish-German activities, Institute of Public Affairs, Warsaw 2012 available in Polish.
The German version coming soon.

The debate was a part of the common project of the Institute of Public Affairs and the Konrad Adenauer Foundation in Poland: Slogans or facts? The evaluations of the Polish-German activities. 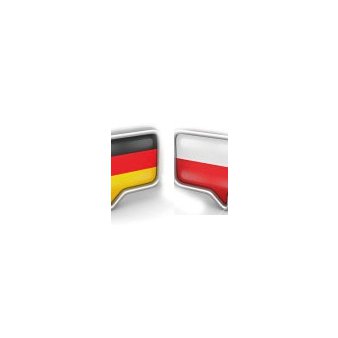 About central democratic ideas in new publication of Bertelsmann Stiftung