Polish – German Barometer 2013: Rise of the Poles’ acceptance of the Germans in various social roles.

Poles wouldn’t mind having a German neighbour, son-in-law or councillor in their city.  But on the sympathy scale, Germans are behind the French and the British, according to the latest public opinion survey from the “Polish – German Barometer” series of the Institute of Public Affairs (IPA) and Konrad Adenauer Foundation (KAS).

„Nearly half of the Poles like the Germans (47%). The level of sympathy is three times higher than the level of antipathy” describes the results Dr Agnieszka Łada, head of the European Programme of the Institute of Public Affairs and author of the survey. “However, Germans lag behind the Slovaks (59%), the Dutch (58%), the French, the British and the Americans (57% each).
Poles are most willing to accept Germans in the roles of Polish resident (84%), colleague at work (84%), neighbour (83%), subordinate (82%) and Polish citizen (80%). Roles that require a closer contact and a degree of trust also receive a high level of acceptance: friend (80%), son or daughter-in-law (78%), boss (76%) or a member of a local council (72%). „Growth of the acceptance level since 2008 is remarkable” says Agnieszka Łada, „It were the changes in perception that interested us the most in this study, conducted after ten years of joint membership of both countries in the EU. It should be remembered, that integration is not merely the standardization of law or removal of barriers in trade, but also the coming together of societies. Our survey shows, that the Polish have warmed up to the Germans”.
ISP and KAS studies show, that Germany – in the Polish opinion – is Poland’s most important partner. The necessity of cooperation with this country is pointed out by nearly half of the respondents (48%). Germany is here the clear leader with the United States (28%), United Kingdom (22%), Russia (21%), Czech Republic (10%), the Ukraine (3%) and Lithuania (2%) trailing in the distance.
“The majority of Poles (60%) believe that Poland should concentrate on cooperation and compromises in its relations with Germany” cites IPA’s findings Agnieszka Łada. “That is also a crucial signal for the future of mutual relations in the upcoming years of joint membership in the EU.”
The Institute of Public Affairs conducted research on this topic before Poland’s entrance into the EU to find out how the Poles were perceived in Europe and what the Poles thought about the societies with whom they were going to be in one Community in the near future. Its goal was to figure out what kind of challenges European integration brings in the human dimension - a topic that is rarely stressed and is underestimated during the complicated accession negotiations which concentrate on economic figures or harmonization of law. The research conducted in Austria, France, Germany, Spain and United Kingdom ten years ago showed a wide lack of knowledge among the Western societies regarding Poland, huge fears connected with the EU-enlargement towards the East and a great distance towards Poles. Simultaneously, when the same questions were asked about these countries and their inhabitants in Poland, Poles felt at that time much closer to these societies than the other way round. They observed, however, that Poland lagged behind its Western neighbors to various extents depending on which country was in question.

From that time, studies on the mutual perception of Poles and Germans are conducted regularly.

Read more: A.Łada, „Polish – German Barometer 2013: The image of Germany and the Germans in Polish society
after ten years of their joint EU-membership, Warszawa 2013. 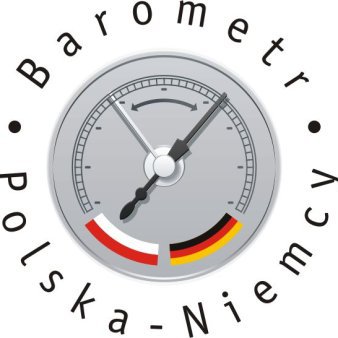 What next with Ukraine?