On the 25th January, an online workshop was held among the partners of the ‘Let us Participate!’ Project, devoted to the role of trade unions in cross-border reorganisations of enterprises. The webinar was an opportunity to present the results of the research on this issue conducted at the first stage of the project in the participating countries: Denmark, Italy, North Macedonia, Poland, Romania and Spain. The findings from the study in our country were presented by Maciej Pańków, an analyst from the IPA. In addition, there was a discussion with the participation of both researchers and representatives of associated partners - including the Federation of Metalworking Trade Unions in Poland - moderated by Dominik Owczarek, Director of the Social Policy Program of the IPA.

During the meeting, it was agreed that the implementation of EU regulations providing employee representatives with the right to participate in cross-border restructuring of companies - including Directive 2005/56/EC on cross-border mergers of limited liability companies - is at an advanced stage. The exception is Macedonia, which is a candidate country for EU membership, where the transposition of Community law is still at a relatively early stage. From the perspective of trade union members, European works councils (EWC) in particular are a tool that effectively increases the quality of social dialogue in transnational corporations, providing employee representatives with insight into the plans of central management and allowing to some extent to anticipate transformations that have a significant impact on the situation of employees. At the same time, the legal provisions still need to be clarified and enforced more effectively. This applies in particular to the new member states, including Poland, where the exercise of the right to participation depends too much on the good will of the employer and the negotiating position of trade unions.

The project description is available from: https://www.isp.org.pl/en/projects/let-us-participate

The project is co-financed from the European Union Funds, budget heading ‘Improving Expertise in the field of Industrial Relations’. 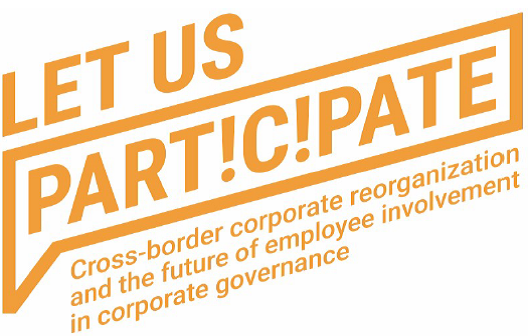