Experts from Germany, Czech Republic and Hungary took part in the international conference organized by the Institute of the Public Affairs on 28th April 2011. Conference was devoted to two most fundamental priorities of future Poland’s EU Presidency: negotiating the future financial perspective after 2013 and European energy policy.

The participants of the first panel debate agreed that the Polish presidency will be too early to settle the future UE’s budget. However, they acknowledged that the broader discussion should be initiated on the new rules for creating the European budgetary framework – so that the whole European community may succeed. UE budget is aimed primarily to strengthen the Eurozone and stimulate economic development after the crisis. Although, disputants could not agree if the EU budget should be enlarged.

The issue of shale gas arouse the most interest during the second panel, focused on the energy policy of the European community. All experts had doubts about the prospects of its exploration in Poland (because of the expensive technologies and the negative impact on environment). Some experts suggested that UE should focus on liberalization of the energy internal market, rather than concentrating on foreign energy policy issues. Due to the events in Japan (breakdowns of the nuclear power plants after tsunami), the question of development of the nuclear energy in Europe was raised. 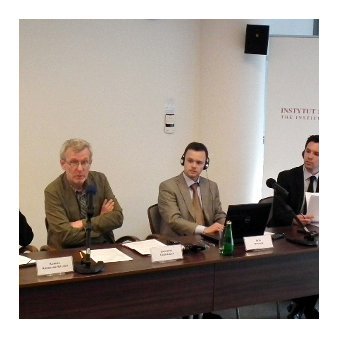