The Institute of Public Affairs in Warsaw is supporting the second edition of The Eastern Partnership Journalism Prize organised by Reporters Foundation in Warsaw in co-operation with the Polish Ministry of Foreign Affairs.

“Strong, independent journalism is a fundamental component of democratic societies,” said Agnieszka Łada, head of the IPA’s European Program and a member of the PASOS Board of Directors. “When we were invited to assist the project, it was natural we would want to be involved. It is important to recognize and support those journalists with a strong sense of mission in the EaP countries, especially in places where freedom of the press cannot be taken for granted.”

In early November, the finalists will be selected. They will be invited to the grand finale held in Poland. Preferred subjects include: investigative journalism, human rights and combating discrimination, democracy and civil society, the cooperation of the region with the European Union.

The work must meet the criteria of journalistic material in one of the main species (press, radio, television, internet) and must be published in the public domain in any medium or after 1st January 2012. 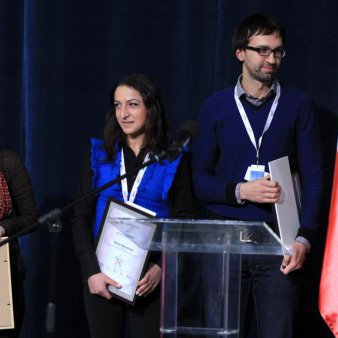