In order to gain a better understanding of the necessary measures and steps which should be taken in order to promote the study of German language and improve the levels of proficiency, a round-table was held.  Those in attendance included German language instructors, professors specializing in German Studies and other representatives of institutions with a special interest in the topic.

After a presentation of the research results by the Head of the European Programme Dr. Agnieszka Łada, several stakeholders gave an overview about the perspectives and future plans of their respective institutions regarding this topic. There were short presentations by representatives of the Polish Ministry of Education, theGerman Embassy in Poland, the Goethe Institute, theAustrian Institute, the German Academic Exchange Service (DAAD), the Polish-German Youth Council (DPJW), the City of Warsaw as well as the German-Polish Chamber of Commerce (AHK).

The topics discussed during the round-table included questions regarding bilingual-taught subjects, cross-border cooperation specifically in the border areas, the lack of qualified teachers especially in Warsaw as well as the still unknown consequences of the upcoming school system reform regarding the German language.

You can find more information in the publication available in Germanand Polishlanguage.

This event was organised by the Institute of Public Relations in cooperation with the Konrad-Adenauer-Stiftung. 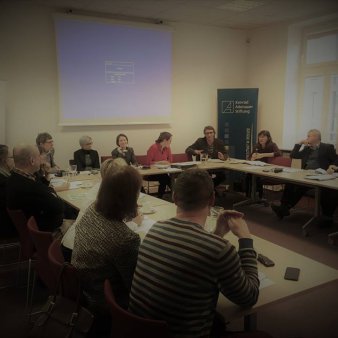 The Dangers of Smog And How to Tackle Them