Future of the Digital Single Market


“European nations and European firms don’t have the same freedoms on the Internet from which they can benefit from a physically existing market. Our plan contributes towards a change of this situation and gives Europeans a chance to take full advantage of the enormous potential of the digital economy,” Ansip said at the conference.

He mentioned that the Commission wants to fight against barriers that are still available in the digital world. “Our strategy removes barriers in e-business so that people can buy their products as they do in their home country, and companies could sell their products also to other EU countries,” he said. He stressed that it recognizes blocking availability to Internet pages regardless of the user’s geographical location to be unacceptable.
The Digital Single Market has become the leading topic of the current European Commission in recent years. It also has triggered fast business growth in the EU. “According to some respects it has allowed EU business to gain an additional 415 million Euros annually,” said Ansip. In his opinion, the Digital Single Market has created 6,000 new job positions in just a few years.
Ansip added that the strategy of the Digital Single Market aims to create a digital society involving everything. “Nothing should be hidden in the digital age,” he stressed.
The work on the creation of a Digital Single Market will take several years, but the Commission envisioned that the first initiatives will be created in the next few months.
Live at the conference, the Polish Minister of Administration and Digitalization, Andzrej Halicki, emphasized that he supports the Commission’s plan.  He noted that the Digital Single Market is a great challenge for entrepreneurs, users, institutions, and citizens. He stressed that they are just the most important part we should remember because “the Digital Single Market is an idea which has brought the largest benefits to citizens.”
The chances of the realization of the Commission’s plan and barriers to the development of the European digital market, especially in Poland,  was discussed by Michał Boni, Eliza Kruczkowska, Wojciech Wiewiórowski, Justyna Skorupska, Wacław Iszkowski, and Maciej Witucki.
A leading topic of the conference was digital skills and their significance for business development or employment. Also, Vice President Ansip highlighted that Europeans need “e-skills” to fully benefits from the opportunities presented by the digital world. “Many young people use the Internet every day, but they don’t have the necessary skills to use the Internet for business purposes. These skills, digital abilities are the basis of the job market. We should consider what might be done for this issue at the EU level,” he added.
The conference participants reflected on this during the three themed sessions devoted to digital skills, the development of electronic business and the role of digital skills in the job market.
Furthermore the Inspector General for the Protection of Personal Data , Wojciech Wiewiórowski, gave a special  speech about personal data protection. During the conference, regional roundtables for digital skills were launched and “The E-Skills Manifesto in Poland” was presented.
The conference was organized to coincide with World Information Society Day. At the conference, Andrus Ansip also met with young code masters who presented their work to him.
ISP co-organized the conference with: Broad Alliance for Digital Skills, Ministry of Administration and Digitization, and the Representation of the European Commission in Poland.
Orange was the strategic partner of the conference.  Main partners were the following businesses: Google, Samsung, and UPC. Partner: Microsoft. 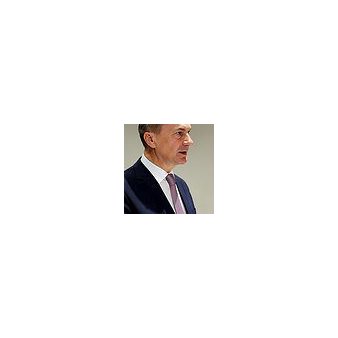 Russians, Poles and Germans on their relations and the Russia-Ukraine conflict