Polish-German long-term volunteering and its impact on both countries inhabitants’ mutual perception and their attitude towards Europe.


On the 7th of October an Expert Round Table discussed research on the impacts of long-term volunteering on Polish-German relations, a quantitative and qualitative research carried out by the Institute of Public Affairs from Warsaw and the Zentrum für zivilgesellschaftliche Entwicklung from Freiburg. This meeting was a part of the research project, which is funded by the Polish-German Foundation for Science and the Foundation of Polish-German Cooperation.

54 young Europeans (28 Germans and 26 Poles) were asked to fill a questionnaire with both open and closed questions during their 6 months or longer Voluntary Service, each in the neighbouring country. [BC1] 9 Germans and 10 Poles were invited for individual interviews about their personal experiences about the voluntary service, their perception towards the host country as well as their attitude towards Europe.

The first results were presented to experts on the topic of voluntary services from Germany and Poland with the aim of not only discussing them but also to finding a way to stress the importance of such services.  [BC2]
Even though, participants from both countries answered the exact same questions, the results differ in many areas. First of all the German volunteers appear to be generally younger, since the system of a gap year is quite common in Germany and supported by parents and the educational system while Polish volunteers tend to go abroad after finishing higher education with the motivation to reinforce existing knowledge.

With regard to the perception towards the other country it is seen that both nationalities have different starting points when it comes to the knowledge about the other countries. Through education, media or vacation most of the Poles had deeper contact with German culture or German language. Going to Germany is considered a good option. However the results from the German side were quite different. Poland was not a first choice for most of the participants because, except for a few cases that had family, they did not have a great connection with Poland. However, none of the volunteers claim to regret the decision even though they were aware of several stereotypes before the departure. Some of them took this ignorance towards the neighbouring country as motivation to go since this offered the opportunity to take the role of an ambassador for Polish-German relations or European issues generally.
This approach to volunteering as a tool to change the image of the neighbouring country differs again from the Polish motivation to change the mutual perceptions.

Poles want to change the reputation of Polish people on a micro-level by spreading a realistic picture of the Pole as “normal” people while Germans follow the desire to change both the view on German people in Poland as well as the perception of Poland and Poles in Germany against the background of the EU.

This might come from the different constructs of Europe and the European Union. The Polish participants tend to separate one from another while Germans connect Europe immediately with the European Union.
The German volunteers grew up within the European Union hence its values and opportunities are natural to them while the Poles experienced joining of the EU and have therefore a rather abstract and distant connection with it. This might also explain the rather idealistic motivation and impression of the German side, supporting European integration and civil rights and gaining a feeling of “wholeness” within the EU, while Polish attach to their own advantages on the labour market and to values such as family, friends and cooperation. Still, for both sides peace is a valuable outcome of the European Union.
Regardless of the different motivations, the different experiences and the different results for the volunteers, they all regard the programme as very valuable. Most of them stay connected with the other country though Poles tend to stay in Germany more often than Germans in Poland. Also, many of the volunteers from both sides would recommend the hosting organisations to support a closer contact with young locals e.g. through a mentoring programme to have more cultural exchange on an informal basis.

In the open discussion two main directions approaching the topic were seen. The questionnaire’s results were reflected in the own experiences of the round table’s participants.

First of all, the importance of direct contact of the volunteer with local people of the same age was underlined as a very important part to change perceptions. Getting involved in the life of the peer group connects both nationalities. In that way, the cultural exchange, as it was emphasized, does not have to be supported but is going to happen automatically by talking and sharing experiences. This informal contact was stressed, as not only as the most effective, but also the easiest way to change mutual perceptions.

But the participants also agreed on the fact that the voluntary service should be seen in a European rather than in a bilateral context. The main emphasis should be put on the impact of Europe and the attitude towards the European Union. It should come to a point, according to one of the participants, when the exact country does not influence the choice of the volunteer, but the fact that he or she is going to get the chance for intercultural exchange and a great experience. In this context also the recent challenging situation of European politics was mentioned. Against this background, the need to put the main emphasis on European integration was underlined to overcome internal borders and to be more open-minded towards European inhabitants generally. The aim should be to find a balance between the personal benefit of such a volunteering programme and the advantage for the European integration. 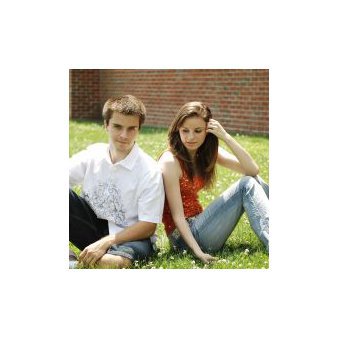