What really is the Visegrad position when it comes to Eastern policy and the Russian-Ukrainian conflict itself? This was the main question that the participants of the round table on the Eastern policy in the V4 countries tried to address.


Following the outbreak of the Russian-Ukrainian conflict, the EU Eastern policy has become the subject of a heated debate in many EU countries. The Member States differ not only in terms of their attitudes towards Russia and the Russian-Ukrainian conflict, but also in their approach towards the EU’s engagement in the Eastern Partnership project as such.

The discussion was opened with four short presentations by the experts representing four Visegrad countries: dr Alexander Duleba, Director and Senior Researcher in the Eastern Europe Programme in the Slovak Foreign Policy Association (Slovakia), dr Jacek Kucharczyk, President of the Executive Board at the Institute of Public Affairs (Poland), dr Sandor Gyula Nagy, the Academic Director at the Institute for Foreign Affairs and Trade (Hungary) and Michal Vit, Research Fellow at the Institute for European Policy EUROPEUM (Czech Republic). In the course of the discussion the speakers tried to analyse the positions taken by all V4 countries in regard to the developments in EU’s Eastern neighbourhood, in their domestic and international political contexts.

Slovakia was presented as “neither the driver nor the spoiler” of the common EU Eastern policy. Although the Slovak Prime Minister, MrRobert Fico, comes out as openly pro-Russian, it was argued that he is actually playing “solo” in the field of the Eastern policy. As for the Czech Republic, the round table participants tried to repudiate the accusations against Prague’s approach towards EU Eastern policy. Although Bohuslav Sobotka's government has recently come under severe criticism for being the weakest link in Europe's efforts to punish Russia for its interference in Ukraine, it was argued that Prague’s objective is to be a part of the mainstream EU policy towards Russia. As for Hungary, whose pro-Russian sentiments are widely criticised across the EU, the round table guests tried to reiterate that the Hungarian political elites do not condone Russia’s aggressive offensive against Kiev and are committed to the territorial integrity of Ukraine. It was stated, however, that the economic aspects are indeed taken into account by Budapest when it comes to its stance towards sanctions on Russia. Finally, a commonly spread myth regarding Poland’s openly hawkish stance towards Russia was refuted. In the opinion of the round table participants, Poland’s position is not as confrontational as it may seem, as the country’s main objective, after all, is catering for Poland’s own security interests.

What was also underlined in the discussion was the ambivalence of the public opinion in the Visegrad countries. Referring to the 2014 Slovak public opinion polls, it was pointed out that although Slovaks support the idea of Ukraine as a sovereign state, (e.g. 86% of Slovaks are of that opinion) they also see the side-effects that the sanctions on Russia have on the home economies of the EU Member States and are therefore reluctant to drastic remodelling of the approach towards Russia (49% of Slovaks expressed such views). Similar dichotomy was pointed to in Poland, where the citizens are in favour of the unified EU stance on Russia, but do not support the idea of providing arms to Ukraine.

The meeting was organised in the Institute of Public Affairs within the framework of the “Visegrad in the EU – How much do we matter?” project and funded by the Visegrad Fund. It gathered the representatives of Czech, Hungarian, Polish and Slovak independent policy centres as well as the representatives of Polish public administration and foreign diplomats. 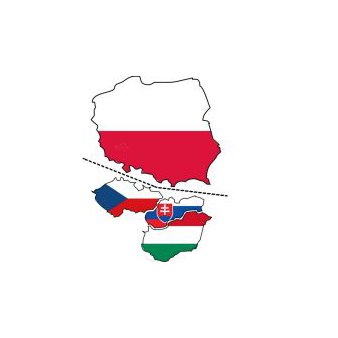