Debate report: Escaping the Escape - Europe and the Refugee Crisis

The Public Affairs Institute and the Bertelsmann Foundation organized a public debate on April 26th,  "Escaping the Escape - Europe and the Refugee Crisis".

Marek Prawda, Director of the European Commission Representation in Poland and Jacek Kucharczyk, President of the Public Affairs Institute drew attention to issues such as the European Commission's tools to support refugee and transit states, such as the EU Emergency Trust Fund for Africa, which aims to support young people and create workplaces and European Investment Plan, focusing on supporting economic investment in refugee countries.  They also highlighted the problem of social awareness, reluctance and lack of empathy for migrants, confirmed by research conducted by IPA and Bertelsmann Foundation among young people living in the Central Europe. 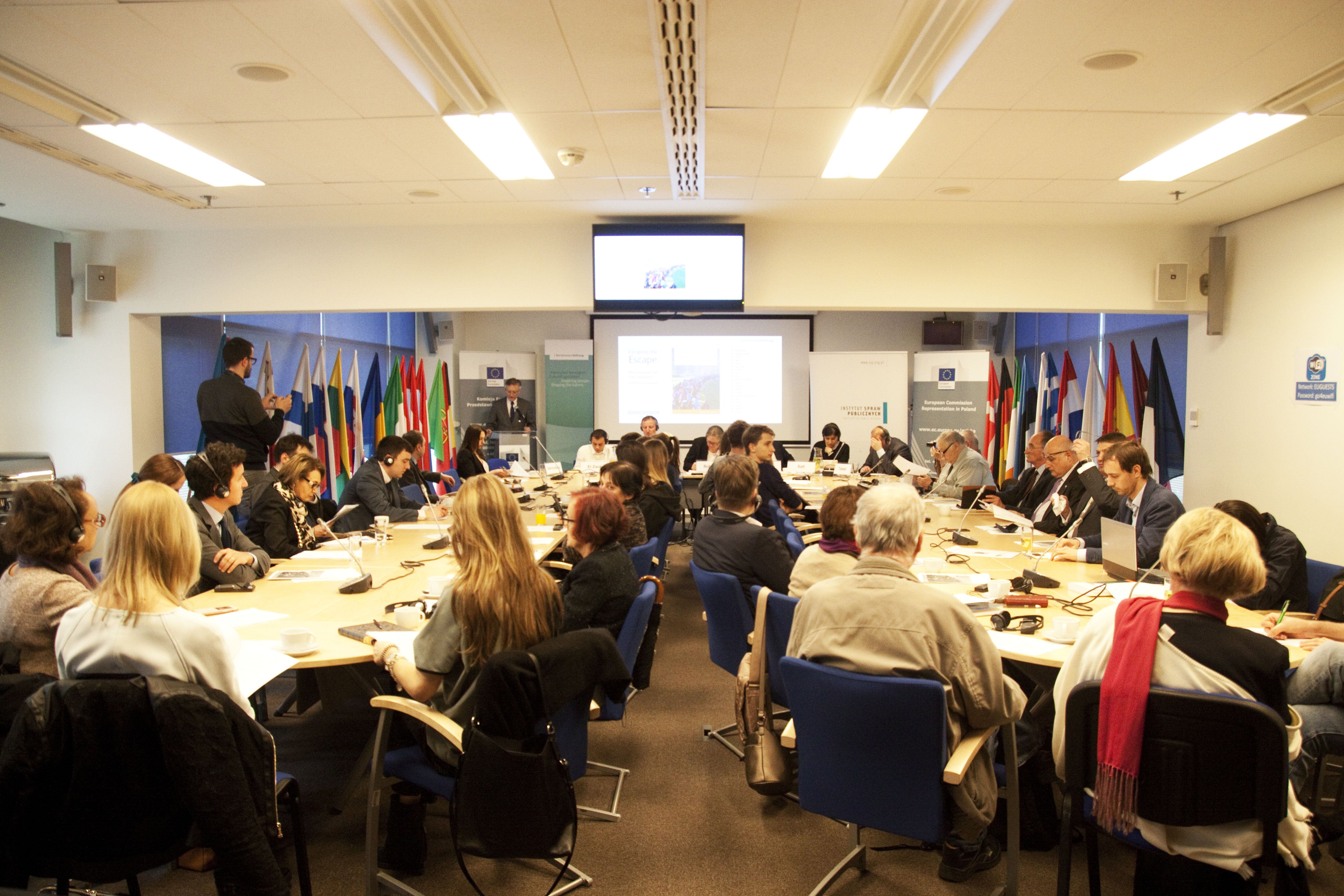 Gabriele Schöler, Senior Project Manager of the Bertelsmann Foundation and Christian-Peter Hanelt, Senior Expert of the Bertelsmann Foundation gave an introduction. In their opinion we need a common policy in the area of security, economy and agriculture that would assist in solving migration challenges in the world. It is also important to support individual transit countries. The issues of weapon trade and women's empowerment were also discussed as areas of in need of improvement in many countries neighboring the European Union.Expert underlined that in 2015, 65.3 million people were displaced, of which 21.3 million were refugees. This number is almost equal to the displacement taking place during and after World War II. Of those 65.3 million displaced, Europe hosts only 6% of the total number of refugees.

The debate was also an opportunity to present publication ,,Escaping the Escape”. The comprehensive book contains the country case studies recommendations for addressing the problems faced by war-prone states and those in difficult political and economic situation.

The expert discussion started with comments by Mariam Safi (Afghanistan), Director of Research and Development Studies (DROP). She drew attention to the problems of violence, insecurity, divisions in government and serious economic problems. The tasks for the European Union proposed by Ms. Safi are centered around the promotion of peace and stability, civil service reform, the development of human resources and the promotion of respect for the rights of women and children. Director Safi emphasized the need to focus on the development of local markets, so that local businesses have a chance to develop which avoids creating a dependence on financial aid.

Then the floor was taken by J.Shola Omotol (Nigeria), a professor of Political Science at the Federal University of Oye Ekiti. He pointed out that the main problem in Nigeria was the issue of managing the country. Corruption, the spending of finances, the violation of civil liberties, religious-ethnic tension are the causes of mass “escapes”, or outflow from these regions. The ubiquitous unemployment, impoverishment and weakening of rural development lead to a lack of confidence as to how to improve the situation. The professor proposed several ways out of the crisis. First of all, he pointed out that each country has specific conditions and should be approached individually. Fund management support is also needed. Nigeria needs long-term and sustainable development, and it will only be possible if funds will reach the right hands.

Zakariya El Zaidy(Libya), head of the Danish Refugee Council, joined the discussion. The expert spoke from the perspective of a transit country citizen. He explained that the lack of stability in the country, the difficult economic situation and the unsigned Geneva Convention are the main drivers for removing emigrants. Well-functioning smuggling, also encourages the selection of a Libyan corridor. The proposed solutions include integrated anti-smuggling cooperation, such as limiting the control of smuggling gangs, strengthening Libyan institutions which support immigrants and increasing border controls.

Dane Taleski(Republic of Macedonia), a professor of South East European University in Tetovo/Skopje presented causes of migration in the Balkans that are connected with difficult economic and social situation and a sluggish prospect of accession to the European Union. Family members in other European countries and labor market needs are also important. The proposed solutions include increased access to services, infrastructure and health care that would make the Balkans more attractive for their own citizens. It is also necessary to eliminate corruption. According to the Professor, enlargement of the European Union's borders would also contribute to building security.

Marta Górczyńska(Poland), an expert of the Helsinki Foundation for Human Rightsspoke at the end of the discussion. From the perspective of the transit country for most refugees Russia or  Tajikistan the main problem in Poland is the social reluctance to accept refugees and flaws in the integration policies. The tasks proposed for the European Union can be helpful in her opinion in developing neighborhood policy and solving conflicts. 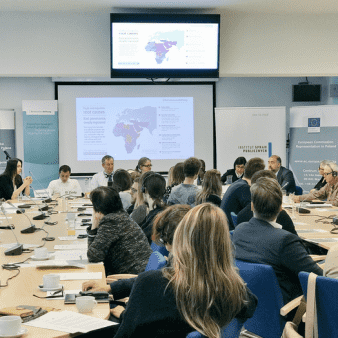 How to raise girls and shape the ambitions of young women?