Regress of democratic standards in Ukraine occurs as a serious challenge for non-governmental organisations in this country. Despite existing problems, it is believed that NGO sector can stop social apathy and put pressure on the authorities to respect democratic rules in Ukraine – this are the main conclusionsform the IPA and DIF conference “Supporting civil society in Ukraine – different perspectives”,  24th of May 2012.

During the conference, Iryna Bekeshkina from Ilko Kucheriv Democratic Initiatives Foundation (DIF) and Piotr Kaźmierkiewicz from IPA presented the report: “Making Ukrainian Civil Society Matter”. The report is a result of more than 40 interviews with NGOs involved in protecting human rights, rights of minorities, supporting European integration and third sector capacity building. The report presents the most important needs of non-governmental organisations in Ukraine, as well as key forms and directions of international assistance.

Two panel session gave a chance to discuss the currents state of Ukrainian NGO sector and problems that civil society organisations (both smaller and bigger) have to face. Participants have also raised the question of  donors’ effective assistance towards NGOs in Ukraine.

Piotr Kaźmierkiewicz from IPA emphasized that complicated bureaucratic and technical barriers cause that only 500 from 10 000  actively operating organisations receive international assistance.
An important problem was raised by Vladyslav Galushko from Think Tank Fund. He explained that representatives of NGOS receiving international assistance, are often accused by the authorities to be the “agents of Eastern countries”. On the other hand, Galushko emphasized lack of transparency in NGOs functioning, which reveals when organisations try to hide the fact of double  financing the same projects.

Krzysztof Stanowski, President  of the Polish Foundation for International Development Cooperation “Know how”  told that organisations with professional staff, carrying out complicated projects  are still a minority in NGO sector (not only in Ukraine). It do not mean that  less professional organisations, operating more spontaneously,  should not be supported by international donors. They are also an important part of Ukrainian civil society landscape, and donors have to be more flexible when supporting this smaller organisations.
The role of Eastern Partnership Civil Society Forum in strengthening civil society in Ukraine was also an important part of the discussion.
According to Krzysztof Bobiński Eastern Partnership Civil Society Forum Steering Committee Member, Forum is still under the process of shaping its own identity, which result in fact that not all the action can be considered as effective as they should be.
Iryna Bekeshkina from DIF emphasized that attitude towards Civil Society Forum has changed. At the beginning representatives of Ukrainian NGOs were rather skeptical, but later they realized that Forum can be a platform of effective communication.
Despite problems in Forum’s functioning, all the panelists agreed that Forum strengthen cooperation between civil society organisations –not only in Ukraine, but in the whole Eastern Partnership region.

The conference was prepared under the project “Strengthening the capacity of Ukrainian NGOs to absorb international assistance – review of institutional gaps and needs for intervention” .
The project  is supported by the Local Government and Public Service Reform Initiative (LGI), affiliated with Open Society Institute – Budapest,  the Stefan Batory Foundation under “East East Beyond Borders Programme” and  the International Renaissance Foundation. 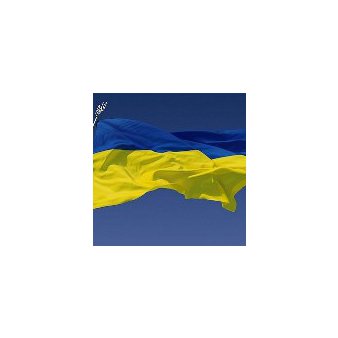