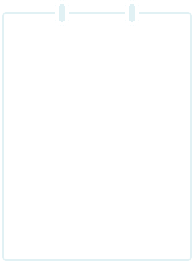 Solidarity in action. Employment rights and the participation of Poles in social dialogue and trade unions in the UK

Place:
The Consular Section of the Embassy of the Republic of Poland (10 Bouverie St., London, EC4Y 8AX)

The Embassy of the Republic of Poland in London, the Institute of Public Affairs and Labour Research Departament are pleased to invite you to the seminar:

Solidarity in action.
Employment rights and the participation of Poles
in social dialogue and trade unions in the UK

What is the situation of Poles on the British labour market? How do Polish employees perceive and view the working conditions that they have encountered? What is the attitude of Polish workers towards social dialogue (mainly towards the trade unions) in the UK? To what extent do they get involved in the British trade unions? These and other issues will be addressed and discussed during a seminar to be held on Thursday, 26th of November, 2015 in theConsular Section of the Embassy of the Republic of Poland.

The Institute of Public Affairs in partnership with the British Labour Research Department have recently conducted a qualitative study on the employment rights of Polish employees in the UK and their participation in the British trade unions under the project entitled: “Solidarity in action. Employment rights, participation in social dialogue and membership in trade unions among Polish employees in the UK”. The study consisted in conducting a series of interviews with Poles working in the UK who are members of trade unions, Polish employees who are not yet involved in any trade unions as well as with union representatives from host communities. This kind of approach helps gauge not only the level of activity of Poles in the social dialogue in the UK, but also the level of Poles’ awareness of employee rights and promotes overcoming barriers hindering their involvement in the social dialogue. The research also talks about actions that are currently being undertaken in order to encourage and facilitate Polish workers’ involvement in trade unions and explains in detail howtrade unions can best assist Poles in defending their employee rights on the British labour market.

During the seminar the most vital and revealing results of the study will be presented and discussed. We hope that the presentation of the study findings turns out to be a starting point for a wider discussion concerning actions that may be undertaken in order to increase Poles’ involvement in the social dialogue in the UK (in particular in the trade unions movement) and will eventually help them defend their employee rights more effectively.

One of the project’s aims was also to compile and publish a booklet in the Polish language version encouraging Poles living in the UK to get involved in the British trade unions. During the seminar this brochure will be officially presented and distributed to everyone interested free of charge. We cordially invite experts, academics, trade unions, Polish community organizations’ representatives and everyone interested in the subject to come and join us at this unique event!


The programme of the seminar:

The event will be held in English.
Information about the meeting can be obtained from Dominika Potkanska,
e-mail: dominika.potkanska@isp.org.pl, phone.no. +48 22 556 42 77

The project “Solidarity in action. Employment rights, participation in social dialogue and membership in trade unions among Polish employees in the UK” is co-financed by the Polish Ministry of Foreign Affairs within the „ Cooperation with Polish Diaspora and Poles abroad in 2015."